Breast reconstruction is a vital aspect of any breast cancer survivor’s recovery process. The loss of a breast is traumatic and patients often feel helpless with no sense of control over the process of treatment. Your breast cancer reconstruction discussions with Dr. Ricciardelli restore not only form and function, but also the decision making process and sense of having some control over your recovery.

We will help you navigate your options for reconstruction. Dr. Ricciardelli and his staff provide a sensitive, caring and supportive environment that will help you make this important personal choice. There is no substitution for experience and understanding when you are considering reconstruction. Since no two reconstructions are exactly alike, Dr. Ricciardelli’s approach to your surgery and his discussion with you will be based on your specific treatment, overall health, goals, and lifestyle.

What options do I have for breast reconstruction?

Most reconstructions after mastectomy use an implant. This is a staged approach that may take a few months to complete but the results are well worth the wait. A tissue expander that looks very similar to an implant is placed under the pectoralis or chest muscle. The expander (which is put in flat at the time of the cancer surgery) is slowly inflated with saline over the course of several months to stretch the skin and form a pocket. This pocket will be inflated enough to support the permanent implant that is placed later. (Tissue expanders like this are used in all types of plastic surgery to stretch the skin). The size of the implant chosen will be predicated on your discussions with Dr. Ricciardelli with the goal of creating a balance and natural appearance as it relates to your body shape and form. The total time from expander placement to placement of the permanent implant varies but is usually about 6 months. During that time, the expander begins to take on a breast form. Following completion of the reconstruction, the nipple and areola are recreated in a separate, short procedure.

TRAM flap reconstruction uses skin, fat, and muscle from your abdomen to form a breast.

TRAM flap reconstruction uses skin, fat, and muscle from your abdomen to form a breast. Because excess fat is removed from the abdomen during this reconstruction, patients also benefit from a slimming effect at the donor site like a tummy tuck. This type of reconstruction requires about 3-4 weeks recovery but is a one stage procedure. The tissue from your tummy can be transferred to the breast by various techniques, and, again, Dr Ricciardelli will discuss the options with you. Sometimes, he will recommend the placement of an implant along with the TRAM tissue at the same time.

What can I expect from breast reconstruction?

There are many options for breast reconstruction.  All of these procedures bring an improved sense of self-confidence and control over the entire cancer treatment process. Often breast cancer survivors will elect to have surgery on a non-cancerous breast to restore symmetry and balance to the body. Expect to have a difference in your breast sensation with the loss of tissue. Sensation and scarring will vary greatly in patients and a lot will depend on the amount of tissue removed. Dr. Ricciardelli will meet with you to discuss your goals and expectations, as well as the best ways to minimize scarring.

How can I better prepare for my surgery?

At your consultation, Dr. Ricciardelli will examine your breasts paying particular attention to the amount of skin and muscle remaining. He will discuss in detail your cancer treatments as well as your goals and expectations to formulate a treatment plan. It is important you understand and are comfortable with your plan for reconstruction. Bring a list of questions. We love an informed patient. Dr. Ricciardelli may also recommend that you consult with our skin care specialist about your options for improving the remaining scars during your recovery. We also offer dermal pigmentation if needed. Remember that we are here to help you and are a phone call away.

What can I expect during and after surgery?

Every patient and surgery is different. Most breast reconstructions are completed over time in a series of surgeries. The initial surgery is performed most often in a hospital setting. Dr. Ricciardelli has operating privileges at the Brunswick Hospital and New Hanover Regional Medical Center. In most cases, you will stay overnight in the hospital with immediate reconstruction with an expander and implant. A TRAM flat reconstruction often requires a longer stay. Subsequent procedures most likely will be performed in our office AAAASF (Association for Accreditation of Ambulatory Surgery Facilities) certified operating suite. You will be seen back in the office after surgery. Expect to have possible bruising, swelling and tenderness after surgery. Dr. Ricciardelli will call you in the evening to check-in on your progress as well as see you back in the office for your post-operative visits. Our door is always open for any questions.

It’s about confidence: confidence in your surgeon, confidence that your wishes and individual concerns will be heard, and confidence you will get the results you want. Dr Ricciardelli has the experience and reputation that ensures you are trusting in a surgeon with a known track record in the area and the qualifications and certifications that recognize him on a regional and national level. 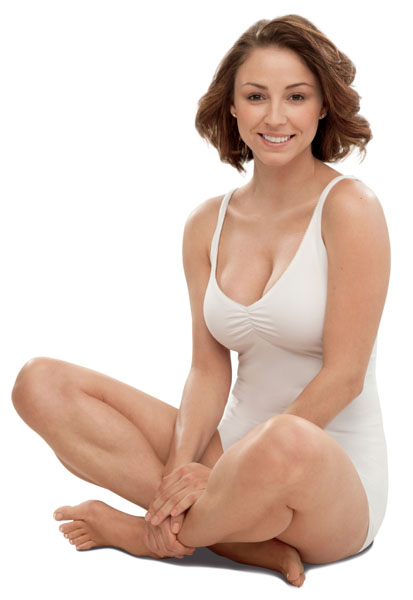 Ready to take the next step? Schedule your consultation now!

At your consultation you’ll meet with one of our surgeons and we’ll discuss all of your options and answer all of your questions.
Let's Do This! 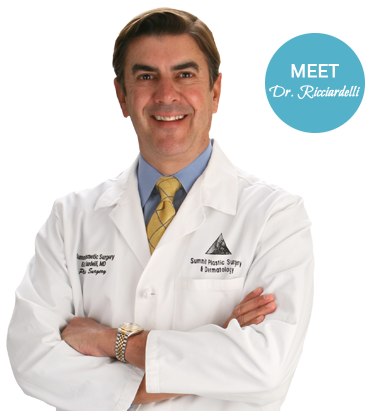